Uh-oh. Looks like more sleepless nights in my future...

Are the developers and designers at Blizzard Entertainment bored?
As they finish up another expansion pack for World of Warcraft are they now looking for other things to do?

Through my on-again, off-again history with video games there are a few companies that I truly admire and that seem to continually put out top notch games. One of them is Blizzard. I actually sent a resume once ... no reply. boohoo. But I don't hold it against them :P

Even though I haven't played anything in some time, while trolling gamespot.com I noticed some games that will definitely be tying up my time to the chagrin of my wife, I'm sure. 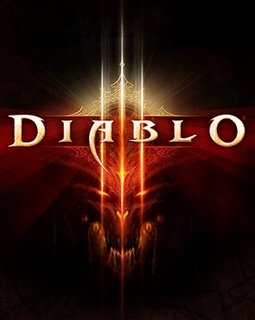 The one on top of my list to look out for is Diablo III. I always saw this as the mother of WoW but I'm happy that they decided to continue this franchise as it was. I remember when I first got my hands on the original Diablo during university. I played it straight for almost a week (again, to the chagrin of my then girlfriend and future wife).

There's also the upcoming Starcraft II. And even though I've fallen off the RTS (Real Time Strategy) bandwagon a while ago this is definitely a significant mention.

My only saving grace is,.. like all things worthy of greatness these titles may not be ready for awhile. Blizzard's standard answer when asked when the release date is 'When it's ready' which is fine by me. It will hopefully give me enough time to figure out how I will fit some one-more-level gaming sessions in around the more responsible things to do in my life.